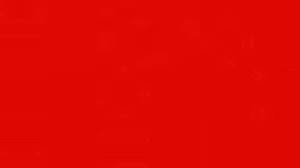 Oh man you guys, I wish I had good news. I wish I could say “Crisis averted!”

I’m weak. I had my period and the bleeding in my colon increased, so I’ve just been bleeding and bleeding for over a week. So much red. I go to the bathroom more than a dozen times per day and every time the toilet bowl is bright red.

I made an appointment to see my GI last week, when I realized the Uceris isn’t working. I was still hoping it would start working. But it’s not. The appointnent is tomorrow. When I talked to my nurse I asked her what she thought the doctor would say about next steps–Humira? Steroid enemas? But (unlike my previous nurse who would discuss my treatment with me) this nurse balked and wouldn’t touch the question–said I’ll have to discuss with the doc. Meh. I had preemptively discussed it with him at my first visit so I’m pretty sure it will be one or both of those things.

In anticipation of this, I called my insurance to see if they cover Humira and Budesonide enemas, what I have to do to get them (prior authorization? appeals?), and how much they will cost me. The Humira is covered, but requires a prior authorization, plus I have to meet my deductible (I believe $2800) plus another $2000 on top of that. However, Humira has a program whereby I shouldn’t need to pay the $2000, but I’m not sure how much I’d actually have to pay. With my previous insurance I did Remicaid and with their assistance program I only paid like $300 per infusion.

I don’t want to shell out $3000+ dollars for this sh*t. I want to take a family vacation. Or pretty much anything besides buy f*cking medicine.

I meant to take BG to the Little Gym today, but I couldn’t. Finally around mid-morning I had a particularly painful round on the toilet with debilitating cramps. A wave of panic washed over me and I felt dizzy. I knew I needed help, so I called Mr. MLACS and he came home from work. I apologized, I felt guilty. But he said not to worry and he played with BG all morning and into the afternoon. Before Mr. MLACS came home BG was clingy and climbing all over me as I lay on the couch, refusing to go play with all her toys just steps away. But she relaxed and played very well after Mr. MLACS came home.

I called my GI nurse and told her what was up–I haven’t had a solid bowel movement in days and I’m basically pee’ing blood out of my bottom. I told her I’ve had my period and that has made it worse–I’m weak. She surprised me by telling me to go to the emergency room, because I need labs to see if I’m anemic and possibly need a blood transfusion. It hadn’t ocurred to me that I might be *that* sick. I balked and asked her where else I might do the labs because I don’t feel sick enough to warrant the ER (if you can ever avoid going to the ER, avoid it–it’s always full of weirdos, criminals and drama queens, plus germs, plus it takes for-ev-er, they can’t do much besides treat the symptoms, and it costs a lot unless you have medicaid/medicare). F*ck that. The nurse said she wants the labs stat and most places (including their office) don’t do stat. But I offered to go to labcorp (still a PIA but waaaay better than the ER) and she said she’d check with the doc to see what he says. I also told her that I can’t go on like this and I know Humira will take awhile to get approved–I have a bottle of Prednisone (I have a bottle of pretty much everything) and I can pop 60mg and try to shut it down (meaning, stomp on my overactive immune system). She said she’s get back to me.

I tried to nap with BG but that little turkey wasn’t into napping today. She lay quietly for a bit and looked at a book, but eventually we both gave up and joined Mr. MLACS in the living room. Meanwhile, the GI nurse called and relayed that the doc wants me to take 20mg of Prednisone (in addition to Uceris) and they will draw labs at the office tomorrow. Fine by me.

I bet they will also draw a Quantiferon Gold to check that I don’t have Tuberculosis. That came up in conversation the other day with the nurse. She was telling me “Well before you can consider Humira you have to take a TB test and yadda yadda…” I told her I can’t pass a TB test–I fail them every.single.time–and my allergic reaction is so bad that I refuse to be subjected to one ever again. The Quantiferon Gold is a blood test that is actually more accurate than the TB skin test. One particularly nutty GI doctor even insisted I have a chest x-ray in addition to the blood test, and upon passing he STILL insisted I should be treated as though I have active TB. I fired that m*therf*cker. All my other GI’s agree he was being ridiculous (including Dr. Targan at Cedars Sinai). Nowadays the first thing I do when I meet a new GI is show him my negative Quantiferon Gold and ask him if he agrees that I do not have TB.

I took my 20mg of Prednisone and surprisingly I passed out with BG for 2 hours while Mr. MLACS went and did the grocery shopping. I feel better, but usually I feel wired like a crackhead on Prednisone. I am shocked that I am still laying on the couch, exhausted.

I am really f*cking sick.