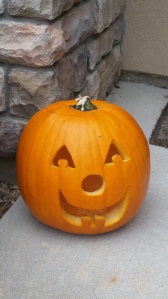 I *think* I’ve safely crossed over the treacherous landmine that is Postpartum Anxiety and I *think* I’m ready to talk about it. I’d also like to know about your experiences (all 3 of you that still read my blog) if you’ve experienced PPA or PPD.

First off, I was SO happy to have my baby that I didn’t want to admit anything was wrong–not to myself and not to anyone else.

At first it seemed “normal” because every first-time-mom is nervous. For the first month or so, all the mommies in my mommy group would avoid leaving the house unless they had to. But about the time that the rest of them appeared to be loosening up, getting out more, and visiting with friends and family is when I started clamming up.

I’m trying to remember how it all started…Mr. MLACS had to leave me to go back to work up North when BG was just 3 weeks old. I had some PTSD from BG’s pediatrician–he was a dick and their office was rude to me. Now *normally* I would raise hell and I did, a little bit, but I was exhausted and vulnerable. I was literally afraid that if I went against his advice then they would report me to CPS and peg me as an unfit mother. This, of course, was me overreacting, but the fear was real and they were bullies. I won’t go in to detail, but this was a factor in the onset of my PPA.

Obviously Mr. MLACS being gone was a huge factor. I was alone and scared–when BG cried a wave of panic would wash over me as I fumbled to figure out what she needed. When I couldn’t soothe her I would agonize over what I could be doing wrong and if this was normal and was she ok? I had no one helping me and the thing is–I didn’t want anyone’s “help” except for Mr. MLACS. I felt so insecure and paranoid and embarrassed and vulnerable that as much as I wanted someone to be my *hero*, I also didn’t trust anyone enough to even allow them to try. I needed my space. I needed to figure it out for myself. Luckily moms from my birth group knew Mr. MLACS was gone and several offered to help and would ask me if I needed anything when he was gone. It was hard for me to accept their kindness, but sometimes I did.

Then while he was gone BG didn’t gain weight like she was supposed to and it was awful…AWFUL…the guilt that I was failing my little girl…that I hadn’t recognized her cries as hunger cries…the fear and shame that I was unable to meet her needs…the urgency and panic I felt to fix myself… My ordeal–my struggles–with breastfeeding are definitely the largest contributing factor in my PPA.

Our family situations are another factor. My Mom passed away in 2009. My dad is a narcissist and after a lifetime of tumult with him, I finally cut him off last year. My sister is BSC (batshit crazy), unstable and unreliable. My extended family (aunts, cousins) have never been close. And just before BG’s birth, Mr. MLACS’s mother and sister revealed that they too are BSC and we have not spoken to them since she was born. So yeah…this is a lot of baggage to deal with during the physical and emotional sh*tstorm postpartum. One of the biggest symptoms of my PPA was that I became obsessed with this family drama. I was consumed by my anger and sadness toward these people that hurt and disappointed me. My therapist kept telling me to stop thinking about these issues but I couldn’t.

So these circumstances, in addition to the fact that I’m already diagnosed and treated for depression, encouraged my PPA. Please note: your life can be perfect like Mary F*ing Poppins and you may *still* develop PPD/PPA. I’m just outlining how my own PPA came about.

What if…I kept thinking of hypothetical scenarios with bad, horrible, or unspeakably terrifying outcomes. I would be driving, approaching a particularly perilous blind curve, and images of a car flying around the corner and colliding in a head-on collision would flash through my mind–the thought would come and go in a matter of seconds, but would spark a stress response in me that lingered. I would cut vegetables with a knife 5 feet away from my baby, but thoughts of the knife slipping out of my hand and flying across the room and hurting my baby would zip through my head.

I don’t want to call it paranoia, because that word has a lot of negative connotations and intones that a person is delusional. I was sane. But…I was on edge. Particularly in regards to people wanting to hold my baby. I knew I could say “No”, but then I’d have to deal with peoples’ response. So I avoided people a lot. I pushed away people that offered to “help” me by taking care of the baby so I could shower or nap while Mr. MLACS was out of town. In my defense, BG didn’t like being held by anyone else or people getting to close to her, so I truly felt/still feel that it’s my duty to protect her personal space so that she is comfortable. Some babies are super easy-going and cool being passed around. Not BG.

I was nervous about everything though, not just people interacting with BG. My nerves were raw. Sometimes I would be so incredibly tense and BG would cry inconsolably and I would feel like I was having an out-of-body experience, like I couldn’t even cry…I would go numb and have to just sit down and breathe until I could function again.

Wow…this is actually really hard to talk about…

I could go down a list of potential PPA symptoms and check boxes, but that’s exhausting. Trust me, I met all the criteria.

I was constantly trying to behave “normally” even though my feelings and instincts beckoned me to act strangely. My confidence in myself as a person and a mother was shaky at best. I felt unworthy, ashamed, afraid, frustrated, confused, sad, and…alone. I shared my frustrations with particular situations with Mr. MLACS, and he would try to soothe me and apologize for not being able to fix everything. When he was home he would do everything (grocery shopping, cooking, laundry, taking care of pers, bringing me water or anything else I needed when I was nursing, etc.) But I still felt alone because there was this sh*tstorm of thoughts and emotions inside of me that I couldn’t begin to articulate or justify. I was short with him most of the time, and I felt a little guilty but I just didn’t have the patience or energy to be polite. God bless him, he took it on the chin and carried on.

I’d like to say that there was a clean and tidy resolution to my PPA, but there wasn’t. I went to therapy weekly. I took Motherwort herbal tincture–it really helped to take the edge off. I did my best to avoid triggery situations. I tried “mindfulness” excercises to keep a healthy perspective. But even with all my efforts, there were parts of every day where I would find myself *coping* through episodes of acute anxiety. Some days were good, some were ok, some were bad, and some were insufferable. I should add–nights were much harder than days because BG had her “witching hour” from about 6-9pm. A LOT of shrill crying and me feeling like curling up in a ball in a corner (I didn’t).

I didn’t want to add Zoloft to the ridiculous amount of medications and herbs I was already taking. But just before BG turned 6 months old, we decided to take a dream vacation to Costa Rica. My anxiety kept building leading up to our departure and crescendoed just before take-off. I was overwhelmed with fear. I went so far as to actually fill a prescription for Zoloft. And part of that (fear) is PPA, but another part is that I just couldn’t believe that my dream vacation could come to fruition because I wasn’t sure I had enough good karma saved up.

However, I prayed a lot–both in gratitude and also to ask God to protect my family, especially my baby. And I asked my Mom and other guardian angels to watch over BG too. And once we touched the ground in San Juan, CR, a lot of my fears were conquered. And the vacation was amazing. And when we got back, I realized I felt a lot better than I did before we left. Maybe because I faced some of my fears. Maybe because I was 6 months postpartum and my hormones shifted. I don’t know. But BG is 7.5 months old now and in the last month or so I’ve started to feel and act much more like myself.

To summarize: PPA f*ing sucks. You have no control over whether you get it, but you can control how you react to it–GET HELP. Find a therapist (like mine) who is certified in treating PPD/PPA. Reach out and talk to people–I started talking about my PPA, like in casual conversations I’d be like “Yeah I want to go see a movie but my PPA is kickin’ so the thought of leaving BG is not something I can handle”, you know, all nonchalant about it, with a shrug. Because f*ck, from what I read like 1 in 6 women suffers from PPD, so it shouldn’t be stigmatized (it is though). And if you have a friend with PPD, please understand that they *want* to feel and act “normal” but they are struggling and embarrassed, so encourage them by telling them they are a good mom, that having a baby is hard even though it is amazing, and if they need anything you’re just a text or a phone call away.